I'm using ossias to create rhythmic variants above particular notes. I'm hiding all of the rests and doing an Instrument Change to No Instrument (hidden), so that the only thing which will appear is the rhythmic flag. Sometimes this works perfectly, but other times a barline is created at the beginning of the ossia measure, even though the staff is hidden. For some reason, it is not possible to hide this "floating" barline, at least not using Hide/Show (shift-command-H).

here is an example: 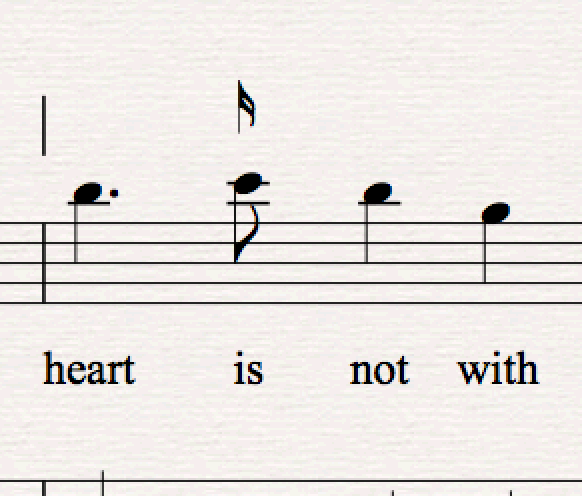 Why does this happen? Is there any way to hide these unwanted "floating" barlines?

My second question is about copying ossias. Let's say you've created an ossia above one measure and then moved it into the desired position above the staff using shift-alt-command-[down arrow] and then you've moved the entire system upwards using alt-command-[up arrow] to position the system nicely in relationship to the the other systems on the page. Is there any way to copy the ossia, including the positioning, into other ossia measures? I can copy the contents of the ossia without any issue, but it doesn't retain any of the positioning that was made using shift-alt-command-[down arrow] and alt-command-[up arrow]. I have been manually repositioning each of the ossia measures, which is fine, but tedious. It would be so much easier if there is a way to copy/paste with the positioning included.