System Text Not Appearing in Part

System Text Not Appearing in Part

I'm having an issue with system text not properly displaying in a part.
The part is made of two instruments, Violin I and its solo violin line above.

The tempi and rehearsal markings are not appearing.
With only the top staff receiving system objects, I get this: 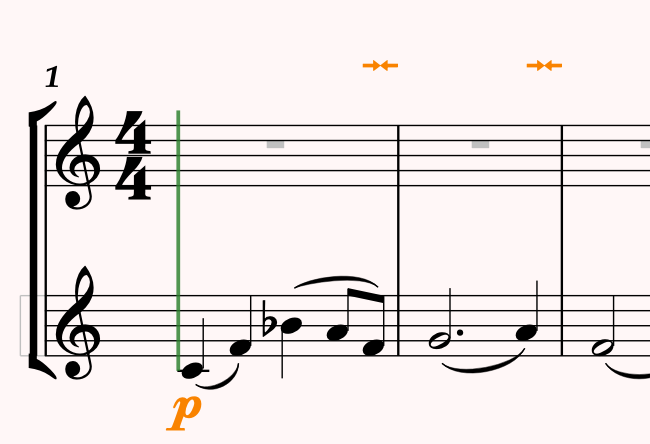 With the top staff AND Violin I receiving them, I get this: 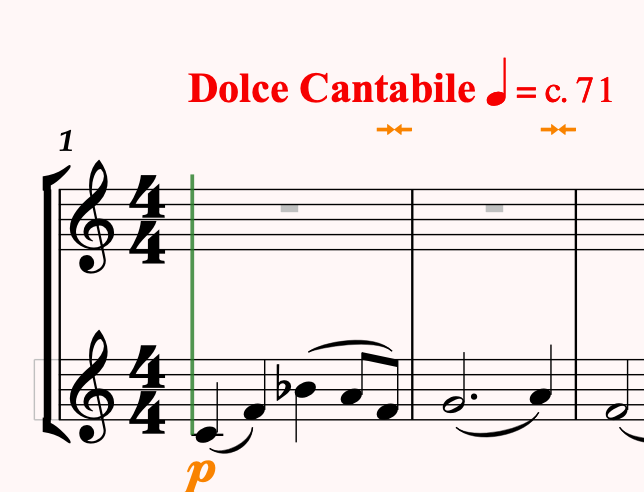 Here is another example showing the tempo and rehearsal mark in the full score, while the part is missing both:

Despite being hidden, I believe multi-rests are being broken properly to suit tempo marks. For example, I see a multi-rest split up as:
[3] | [3] || [2}
where the double barline gets the break but doesn't show the tempo indication, and the normal barline is separated at the spot a poco rit. appears. So the breaks are correct, but the system text is still hidden.

I've checked that all the tempi (regular and tempo alterations, which is my text style for rit./accel./etc.) are in tempo text; they all work properly in the score as system text.

It seems as though my parts just aren't allowing them to appear, and I really haven't a clue as to why. I don't see anything in the house style for parts that would cause this.

Any help would be wonderful!

Re: System Text Hidden in Part

So, have you checked this? (image) 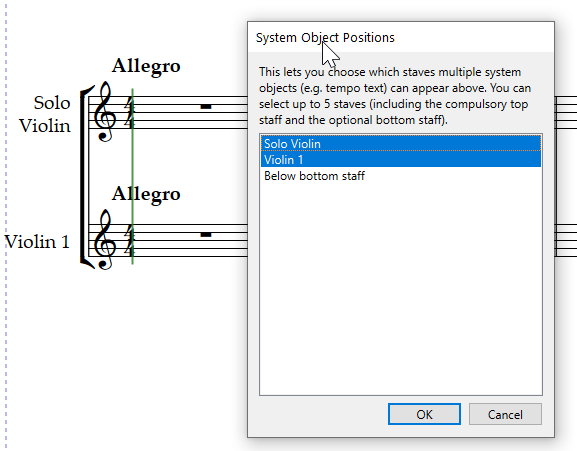 Re: System Text Hidden in Part

Yes I've tried checking the system object positions settings, as the first two pictures show. Checking any combination of them was unable to fix the problem.

It is ostensibly some sort of system object position issue though.
As the two pictures I showed first explain, checking that the system text appears above both the staves allows the tempi which occur at sections containing both instruments to appear, but then only above the bottom staff. When the solo stave is hidden, no tempo markings appear.

System text (including bar numbers, etc.) should all appear above the staves in parts as a default, so I can't tell what would've happened to cause this.

The best way to diagnose this would be for you to send me the original file so that I can see what you have done and not done. (email in my signature)

I've found out why the tempi and rehearsal marks weren't appearing above the staff properly in my Parts. It was of course quite simple: the Top Staff position hadn't been checked on for the Tempo and Rehearsal Mark text styles. This is because my film-score style bar numbers require that only the 2nd and 4th positions be turned on so that the the tempi appear above the Flute and Strings, and not also above the "Bar Number" staff at the top.

I could've sworn I'd checked this option before, but I suppose I'm stupid once in a while.

This does cause another problem though: the text styles don't seem to allow differentiation between Full Score and Parts, so I can't have Top Staff turned on for one and off for the other. This means that, for now, I have to simply leave the tempi markings on for the full score until I decide to print (in which case I'll turn them off briefly to hide them). It's annoying, but only slightly. I'd call it a fair workaround for having the bar number style that I want (it's a shame it hasn't yet been implemented as a default style).

If anyone knows a better solution, I'm all ears!